Not because I missed the great run-up (though I did) and not because I fear that the bitcoin bubble will end badly (it will, but that’s not my problem). Rather, it is because I have been waiting for decades for someone to invent a purely digital currency, a currency for online purchases that wasn’t linked to a credit card. It was the killer app that no one ever figured out.

Thus when bitcoin first emerged, I had hoped that it would be The One. In “Digital Gold,” his book about bitcoin’s origins, Nathaniel Popper quotes an email from Satoshi Nakamoto, the cryptocurrency’s mysterious and possibly apocryphal inventor, “I’ve been working on a new electronic cash system that’s fully peer-to-peer, with no trusted third party.”

That’s how all the early bitcoin enthusiasts thought of it a currency, one that allowed consumers to buy things.

That’s how all the early bitcoin enthusiasts thought of it — a currency, one that allowed consumers to buy things while sidestepping both the banking system and national governments. What the bitcoin bubble shows, however, is that bitcoin is just another e-currency failure. But I’m getting ahead of myself.

I first began thinking about digital currency in the mid-1990s when I met a brilliant cryptographer and mathematician named David Chaum, who had invented what he called electronic cash, or e-cash. It did exactly what bitcoin purports to do — allow people to use virtual money, stored on their computer, to make purchases and send money to other people.

Chaum was way ahead of his time. He founded his company, DigiCash, five years before the creation of either Netscape, which popularized the browser, or Amazon. By 1998, DigiCash was bankrupt.

What followed was the short-lived “information wants to be free” era. Napster, which was founded in 1999, used peer-to-peer technology that allowed music lovers to download songs illegally. Newspapers didn’t have paywalls, and many people came to assume that news shouldn’t cost anything. I saw my own children downloading music and even movies, and when I would tell them they were violating the law, they would tell me I didn’t understand how the world worked in the internet age.

As e-commerce took hold, the only means of payment was a credit card.

As e-commerce took hold, the only means of payment was a credit card. It was a real commercial friction point: every time you wanted to buy something you had to fill out your credit card information, plus your billing address and, if it was different, your shipping address as well. And once you had done that, your information would be vulnerable to hackers. Electronic currency could have solved both these problems. If my children had access to a digital currency — maybe their allowance! — Napster could have struck deals with the record companies and charged for songs. They would have happily paid. And e-cash would have made internet commerce pretty darn close to frictionless. By 2000, the chief executive of an internet bank was saying, “We’ve reached the point where the internet economy needs e-cash.”

It never happened. Instead, entrepreneurs and companies created a series of workarounds, some better than others. The best-known was PayPal, which essentially accessed your bank or credit card account to make purchases or send money. Apple and Amazon have also made it much easier to pay for things; when I want to pay for my monthly Washington Post subscription, I hit the “Amazon Pay” button and it’s done. Even so, we still spend an awful lot of time filling out credit card information when we want to buy something online.

Meanwhile, every effort to come up with an electronic currency foundered. I remember one called Qpass and another called WebPay. In the early 2000s, e-gold emerged as a potential solution, until it turned out that it was being used primarily by criminals. In 2008, its founder pleaded guilty to money laundering.

According to the website 99bitcoins.com, there are 89 companies that claim to accept bitcoin as currency, including Subway, the Massachusetts Institute of Technology bookstore, and the Museum of the Coastal Bend in Victoria, Texas. But I can’t imagine anyone actually using it to pay for something. Who would use bitcoin for a purchase when it might go up by $500 in the next 10 minutes? And who would accept bitcoin when it could go down by $500 in the next 10 minutes?

Whatever the original intention, bitcoin has morphed into an asset whose only purpose is speculation. “There is simply no way to predict what it will be worth,” said Pete Kight, a “fintech” (financial technology) investor who founded Checkfree in 1981. That is its fatal flaw as an electronic currency.

Or, rather, that is one of them. The other flaw is the very quality that many of its adherents love most about it: It operates separately from the government’s fiat currency. “I call it the tyranny of brilliance,” said Kight. “When you work in fintech, you often see engineering genius get out of synch with what works in the real world.”

In the case of bitcoin, he said: “There is this thing called the Federal Reserve. Its first job is to protect the financial system of the United States. For a cryptocurrency to be successful, it has to work out with the Fed how it won’t undermine the banking system.”

I can imagine that after the bubble bursts, bitcoin will continue to be traded. Maybe a few of the other cryptocurrencies will have similar trajectories (though most will dissolve into nothingness). I can see it reflecting the larger economy in some way, rising in certain environments and falling in others. In the best case, bitcoin might come to be seen as the digital equivalent of gold.

There’s nothing wrong with that. But we’ll have to wait a little longer for an electronic currency that works. 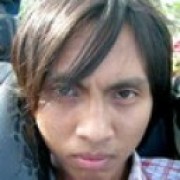 With Product You Purchase

After all is said and done, more is said than done

The Future Of Possible

Go to the Arqam options page to set your social accounts.

Weather
You need to set the Weather API Key in the theme options page > Integrations.